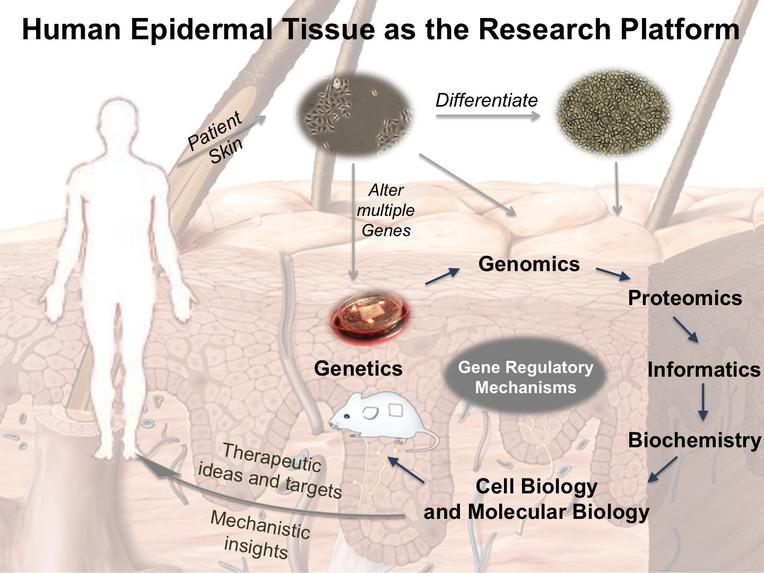 My lab leverages human skin as the primary research platform. Skin is the biggest organ of our body. The outmost skin tissue, known as epidermis, continuously regenerates owning to the actions of adult stem cells to both proliferate and differentiate. These epidermal stem cells can be isolated from surgically discarded patient skin, and be cultured ex vivo under both undifferentiated and differentiation conditions.

For functional genetic analysis, multiple genes can be altered simultaneously in organotypically regenerated epidermal tissue within as short as one week, or be grafted onto immune-deficient mice for in vivo studies. ​This platform thus allows rapid functional analysis in intact three-dimensional human tissue. 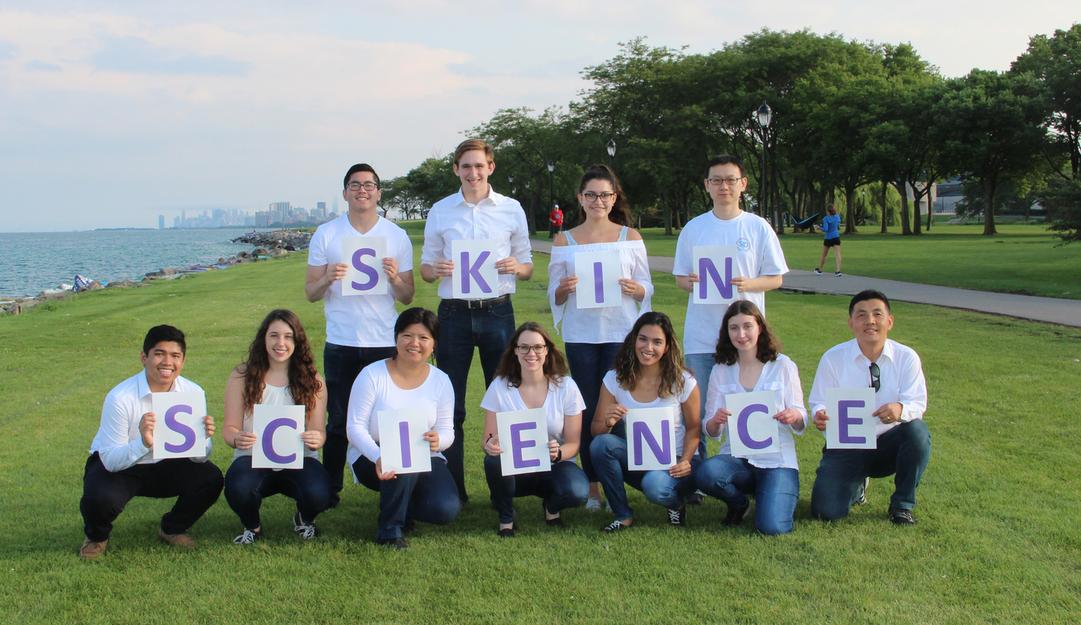